One of the few consolations of recent months has been the opportunity to make some headway into the perpetual pile of unwatched DVDs stacked in the cabinet beneath my television. Having been nestled towards the top of that pile for some time, I have finally found the time to explore Frank Spotnitz‘s Night Stalker (2005-06).

A reinvention of the concept and character of Carl Kolchak so memorably played by Darren McGavin in the TV movies The Night Stalker (1972) and The Night Strangler (1973), and with echoes of both The X-Files (1993-2002, 2016-18) and Millennium (1996-99) in terms of its themes and tone—understandably so given the creative team involved—the series was sadly short-lived due to some unenviable scheduling. Nonetheless, with an emerging character and mythology all of its own, it has much to commend it. As Spotnitz himself says, it gave him the opportunity “to fuse the lessons (he) had learned thus far in (his) career, combining Chris Carter’s writerly discipline with Michael Mann’s cutting-edge cinematic approach”. Furthermore, its final produced episode is particularly noteworthy in terms of this blog’s focus. Please note that there are spoilers for the episode and series in what follows.

Gilligan’s script finds L.A. Beacon reporter Carl Kolchak (the excellent Stuart Townsend) abducted from his office late at night by a disturbed man, Paul Krieger (Pat Healy). Kolchak is taken by Krieger to a decrepit building where newspapers are stacked from floor to ceiling, and cuffed to a wheelchair. There, Kolchak learns that Krieger is convinced that an entity known only as the Old Man lurks in the darkness behind a door at the property, and seeks an “answer” from Kolchak to enable Krieger’s escape. An early exchange reveals Krieger’s delusion, and that the escape he is seeking is more internal in nature.

Krieger is convinced that Kolchak has been communicating with him via code through his published newspaper stories, and hence that he can help him. His initial claims to know Kolchak are borne out to be true, as they had previously spent time together on the same psychiatric ward. Kolchak has no memory of this given he had been prescribed psychotropic drugs at the time, but confirms he had spent time at the hospital following the death of his wife—an event central to the series’ mythology.

The episode’s title references the phrase “What’s the frequency, Kenneth?”, which came into popular parlance (and inspired the title for R.E.M.’s 1994 single) after US journalist and news anchor Dan Rather was assaulted by a man who repeatedly asked him, “Kenneth, what’s the frequency?” during the attack. The alleged assailant was later identified as William Tager, who went on to kill an NBC stagehand due to a delusion that television networks were transmitting signals directly into his brain. The comparisons between this episode’s concept and Tager’s story are self-evident.

Krieger’s condition is never explained or named. When Kolchak has him narrate his personal history, Krieger plays down any suggestion that he was mentally ill at all, suggesting he had used an insanity plea to avoid prison time after being convicted of killing his grandparents and claiming that the Old Man first manifested when he was undergoing electroconvulsive therapy at the hospital. We have to consider him an unreliable narrator in this regard, though, and his paranoid delusions present in a similar way to schizophrenia or perhaps psychosis due to severe depression. (It is worth noting that electroconvulsive therapy is not a typical treatment for schizophrenia, although it is still sometimes used to treat severe depression.)

There are a number of potential causes for the emergence of schizophrenia or depression, including abuse, and there are hints of such a personal history for Krieger, with the “Old Man” potentially signifying his father, grandfather, or another older male. Alternatively, as Kolchak suggests, he is perhaps simply a manifestation of his inescapable guilty conscience.

A common observation I have made on this blog is the representation of those with mental illness as being violent—especially in ways that are complex and pre-planned—when, statistically, they are more prone to being the victims of violence. Whilst those suffering with schizophrenia can become aggressive, particularly when suffering extreme symptoms or during periods of high stress, it remains an all too common trope. That concern was in the back of my mind as I watched this episode, until events took an even darker and more ambiguous turn towards its climax.

With Kolchak having missed her birthday party, his close colleague Perri Reed (Gabrielle Union) is persuaded by photographer Jain McManus (Eric Jungmann) to track him down. She appears at the house, only to be attacked by Krieger. At this, Kolchak loses his own self-control, and dispatches Krieger to the mysterious back bedroom. Only then realising that Perri had never been there at all, Kolchak finds Krieger’s body among several others in the room. The precise events that actually unfolded are thrown into doubt, with Kolchak showing signs of having himself suffered some sort of dissociative fugue state. 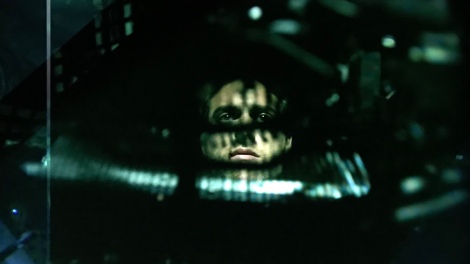 It is this ambiguous and unsettling climax, one that is never fully resolved and which further adds to doubts about Kolchak’s true nature, that is the episode’s most impactful beat. It is also its most resonant in terms of the representation of mental illness.

In the series’ pilot episode, it had been revealed that Kolchak bears a mark on his wrist, the very same mark as found on the bodies of innocent people that had suffered violent deaths. In a later episode commentary, Frank Spotnitz reveals this as the mark of Cain, a sign of evil, and that part of Kolchak’s arc would have been to learn of its nature. Whilst the narrative of this episode thankfully does not equate evil with mental illness, the broader mystery surrounding Kolchak is thus deepened in an effective fashion. The potential for good and evil within each of us is a theme that recurs throughout much of Spotnitz’s work, and Night Stalker looked destined to explore the idea further.

Having just consumed the entire series over the past two weeks, I highly recommend checking out Night Stalker in full. It benefits from a distinct sense of place, fine performances from its regular cast, and some thoughtful storytelling. The DVD set is notable in that it contains two insightful episode commentaries in which Frank Spotnitz reveals tantalising details of the direction the series’ mythology would have taken, as well as some other key creative choices—such as in terms of the show’s striking visual character.

The series is widely available to stream, including via ABC, Google Play, or Amazon in both the UK and the USA. So, be courageous and take to Los Angeles’ streets after dark in the passenger seat alongside Carl Kolchak as he “stops at nothing to uncover the supernatural side of the night”.