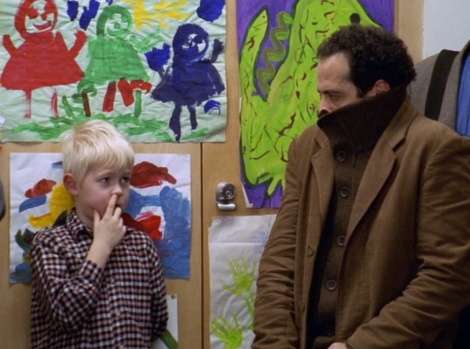 To date on the blog I have—quite deliberately—focussed upon series that have resonated with me in some way: in terms of tone, character, content, or some combination thereof. As I approach a second year contemplating this subject of onscreen representations of mental health, I figured it wouldn’t do any harm to broaden my horizons.

And so, for this edition, I consider a series for which I have never had much appreciation. The show itself will be quite indifferent to my opinion, as Monk (2002-09) enjoyed eight popular seasons and earned itself considerable critical acclaim in the process. I won’t be the first person, however, to find fault with the show in terms of its lack of authenticity. (Read no further than a Psychology Today article on a later instalment bluntly headlined, “Why Monk Stunk”.)

Adrian Monk (Tony Shalhoub, who won three Emmys, a Golden Globe, and two Screen Actors Guild award for his performances in the role) is a former San Franciscan detective who lost his badge following a nervous breakdown in the wake of his wife’s death in a car bombing. As a result of the breakdown, the audience is asked to believe that he suffers from no fewer than 312 discrete phobias and obsessive-compulsive disorder (OCD) as part of the deep-seated anxiety he now endures.

The series follows Monk returning in an unofficial consulting role to his former homicide unit, somewhat inexplicably given that his former superior, Captain Leland Stottlemeyer (Ted Levine) continues to refuse to formally reinstate Monk. This is a quite understandable reaction yet the audience is asked to believe that, due to the extent of Monk’s investigative talents, Stottlemeyer permits him to assist in the capacity of a consultant, overlooking his significant behavioural problems.

Monk falls into one of the classic traps of how mental health conditions are represented as character traits. The implication is that Monk’s brilliance as an investigator is linked to a fastidiousness that is a facet of his OCD: mental illness as superpower. As his often acerbic and incompassionate nurse Sharona Fleming (Bitty Schram)—who, rather improbably, gets to accompany him to crime scenes—puts it at one moment during this instalment:

It is accurate to represent phobias as types of anxiety disorder, and also to indicate them as having been caused by trauma, as in Monk’s case, but such phobias tend to be quite specific and related to said trauma. Similarly, OCD can be experienced as a result of a traumatic experience, and therapy such as that which Monk undergoes during this instalment and throughout the series can and does form part of a range of treatment options, but its severity is often trivialised through a focus upon certain types of repetitive behaviours and neatness—in reality just a small subset of the condition’s symptoms.

For me, on the basis of its pilot at least, the series feels like a missed opportunity to explore the deep tragedy and profound grief at the heart of Adrian Monk. The best moments are those of stillness such as when Monk visits his wife’s grave or revisits the parking garage where she died, in which Shalhoub is allowed to eschew farce (his “quirky” graveside serenading by clarinet aside) and contemplate his grief and the limitations placed upon his life by his condition.

Furthermore, in “Mr. Monk and the Candidate” alone, so much of the humour feels inappropriate and in poor taste. Monk’s fear of heights, germs, and—bizarrely—milk are all ridiculed in one way or another, and Sharona often comes across as a particularly unsympathetic character as the medical professional who delivers many of the punchlines:

As it stands, with inconsistent representations of the condition and most scenarios played simply for laughs, I simply cannot accept Monk’s central premise. Imbuing your hero with over three hundred phobias smacks of the show’s format—set up to be a long-running network television series—dictating character, to then be defined at will according to the story-of-the-week.

Clearly, however, this was by design. As series co-creator David Hoberman once commented in terms of the degree to which Monk’s condition was core to the series, “It’s integral. The idea was that a brilliant detective has severe OCD and phobias. That was the pitch. Despite himself, he is able to solve a case every week.” Indeed, during its run, Monk was promoted with the unflattering tagline, “the defective detective”. Similarly so in terms of the choice of tone for the series, which is in effect a modern cozy. For me, however, mental health and comedy make for strange bedfellows when most of your humour is wrought from the suffering a character endures from their condition, or from the ridicule and discrimination they suffer from others as a consequence. 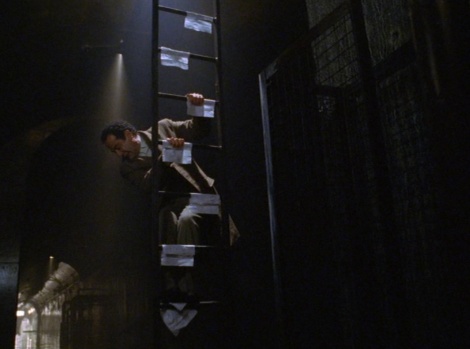 So, if Monk’s creators, producers and writers never set out to present their protagonist as an accurately representative sufferer of a severe anxiety disorder in a serious drama, is it fair to criticise them for the same? Does it matter? Well, I would argue that, at this juncture at least, it absolutely does.

I am put in mind of an interview with Russell T. Davies in the current issue of Attitude magazine, in which he discussed how LGBT characters are cast and written today. (For the record, I feel compelled to be crystal clear that I am not for one moment seeking to draw comparisons between mental health and sexuality, merely drawing some parallels in terms of issues with how these are represented onscreen.) Referring to the casting for his current E4 series, Banana—a companion series to the equally superlative Cucumber on Channel 4—he talks about the obligation he felt to represent the transsexual community, and to do so in as authentic a way as possible:

Similarly, I would argue that at this point in time—and, indeed, ten years ago when Monk was at the height of its popularity—the degree and extent of understanding of the reality of OCD and, indeed, many other mental health conditions is still so low that writers have a particular responsibility to be authentic in their portrayals. If, at some point in the future, we reach a stage when mental illness is better understood and widely treated with compassion and empathy, then perhaps we can afford to be more relaxed in terms of how it is used in popular storytelling.

Monk is definitely not to my taste, although I may yet delve into its significant back catalogue again at some point. I should acknowledge in the interests of balance, though, that for all my concerns over its blithe inaccuracies and the myths it perpetuates, some may find comfort and inspiration in the series.

Shalhoub and Hoberman once teamed up with the Anxiety and Depression Association of America to launch an OCD awareness campaign, featuring in public service announcements such as this one. Whilst falling into the common trap of over-identifying with the disorder, Shalhoub said, “What I do with Monk is… uncork the bottle and let everything flow. For a lot of people, there is a fear and embarrassment. But people who suffer with the disorder don’t have to be outcasts. They can be and are contributing members of society.” As the L.A. Times concluded in a 2008 article, “If a guy like Monk can make it through the day, and capture the bad guy to boot, just think what any of us might do.”